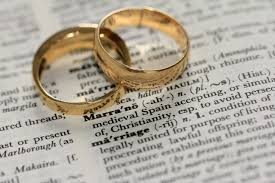 I have observed from the volume of divorce proceedings in our courts that there will be continuous increase in divorce cases due to the following reasons:

OBSERVATIONS DURING DIVORCE PROCEEDINGS
a. My team and I have observed that about four (4) out of five (5) women who approach us for dissolution of marriage, are not emotionally prepared for the process. Further apologies from the husband and family members can terminate our instructions within weeks.

b. In furtherance of the above, we hold a session to explore the positive things in the marriage, so as to explore possible revival of the love and eventual settlement that may be documented (especially when there is physical abuse). The success rate of this approach is about 2 out of 5- and it is helpful to most women who are not financially prepared to prosecute the matter to the end or bear the burden of training the children alone.

c. We also observed that about 3 out of 5 men who opt for dissolution of marriage do so because of another partner. It appears that the emotional detachment had lingered for a long time before the final decision to dissolve the marriage was arrived at. In view of this seeming preparedness, male clients are usually ready to pay premium for lawyers to focus on the legal aspect of the dissolution of marriage, while lawyers on the side of most women play the dual role of an emotional supporter and a legal counsel in those trying times. During these times a lawyer to the female party should be prepared to offer legal advice via telephone conversations at any time of the day and to provide legal advisory on matters that impact on client’s emotional stability. For example, the issue of custody.

Kayode Adeniji is the Senior Partner at Lawracles LP.